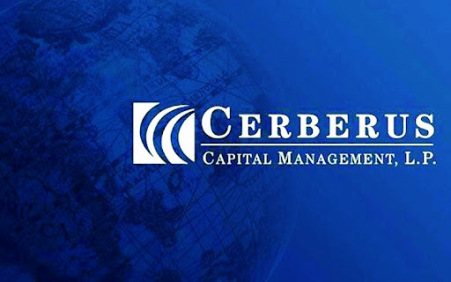 Royal Bank of Scotland Group, Ulster Bank’s parent company, has announced this morning that Cerberus has paid £1.1bn (€1.38bn) for the Project Aran, which had an unpaid loan balance of €5.6bn and gross liabilities of £4.8bn (€6bn).

Cerberus and RBS signed this deal in the early hours of this morning, fending off still competition from Lone Star and a consortium comprised of CarVal Investors, Goldman Sachs’ special situations fund and Apollo Global Management.

Project Aran was comprised of approximately 1,300 borrower groups, over 6,200 loans with around 5,400 properties. More than 75% by loan balance is secured by Irish assets and about 20% in Northern Ireland, with more than 90% of the loan portfolio in default.

RBS said in the statement  that the carrying value of the loans is c.£1bn and generated a loss of £0.8bn, principally impairment provisions, in the year to 31 December 2013.

The statement continued: “The transaction, which represents RWA equivalent of c£1.2bn as at 30 September 2014, is part of the continued reduction of assets in its RBS Capital Resolution division and is in line with the bank’s plan to strengthen its capital position and reduce higher risk exposures.”

Completion is expected in the first quarter of 2015.  Eastdil Secured sold Project Aran on RBS’ behalf.

Project Aran was upsized from an initial circa €1.7bn portfolio, back in October.

CoStar News revealed last week that Cerberus, PIMCO and CarVal Investors were exclusively invited by NAB to bid on the bank’s Project Henrico portfolio as the three finalists on the Project Chestnut UK non-performing loan sale which traded to Cerberus for £485m, as revealed by CoStar News.

As a result of the Project Henrico sale, a small gain is expected to be recognised in NAB’s March 2015 half year accounts, and an estimated £127m of capital will be released for the NAB Group when the transaction is settled.

The Project Henrico loans are mainly defaulted, watch and high loan-to-value loans, with the sale reducing the higher risk loans in the portfolio by 93%.

NAB Group Chief Executive Andrew Thorburn said NAB had accelerated the run-off of the NAB UK CRE portfolio, with the great majority of the remaining non-performing loans being sold.

“This is an important step forward, effectively bringing closure to one of our legacy positions. The sale of these higher risk loans in the NAB UK CRE portfolio is another important milestone in our strategy of reducing our low returning legacy assets and sharpening our focus on our core Australian and New Zealand franchises,” Mr Thorburn said.

“Pleasingly the remaining NAB UK CRE loans are largely strong performing loans, and we will look at other options to manage this small remaining portfolio.”

Morgan Stanley advised NAB on the sale of Project Henrico.